Thailand, Laos, Cambodia, and Vietnam have more in common than differences. All were part of the ancient Khmer dynasty, the rulers of Angkor Wat fame through the 1400’s. The rulers intermarried with Chinese. Today, each country is financially bound to modern China with an influx of foreign money for infrastructure and expansion projects in large cities while little changes in the countryside. 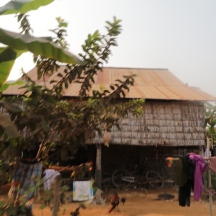 Bangkok from the river at night

life in the country

leaving the people beaten down and wanting peace at all costs. Unexploded bombs and mines continue to maim and kill.

Each country teeters on a political sword with either military dictatorships or communists who effectively crush any emerging opposition. No one has freedom of speech. Voices suggesting change often disappear.

This isn’t your grandma’s form of communism or socialism. Marx is rolling over in his grave with Vietnam, inparticular. What kind of hybrid animal is this? Although the law decrees compulsory primary education, the lack of funding for books and supplies blocks the poor from attending. There are no services to support the elderly or infirm. With distinct social groups, the growing middle class understands greased palm economics. 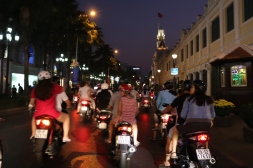 All of these developing countries have a high population under the age of thirty. In Cambodia, Pol Pot murdered half of the population (1975-1979) and current demographics show 50 percent under the age of twenty-two. None of these kids have experienced the carnage of the past. The new battle cry is “access to better teachers and a quality education.” 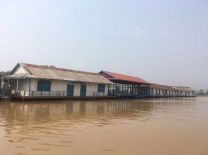 floating school with gym in the middle

Ironically, Vietnam provides a cheap labor force to Thailand and there’s no silly talk about erecting a wall. This young man works “per piece” making more money producing these edible shells than working as a skilled mechanic. Get this–he spoke to me in English!

The future of Southeast Asia is not a match game for the faint of heart. The new generation likes technology, gadgets and material status. Capitalism resonates with their beating hearts. What will happen when the aged military dictators, Khmer Rouge generals, and Vietcong fighters pass away? Won’t be long. Stay tuned.