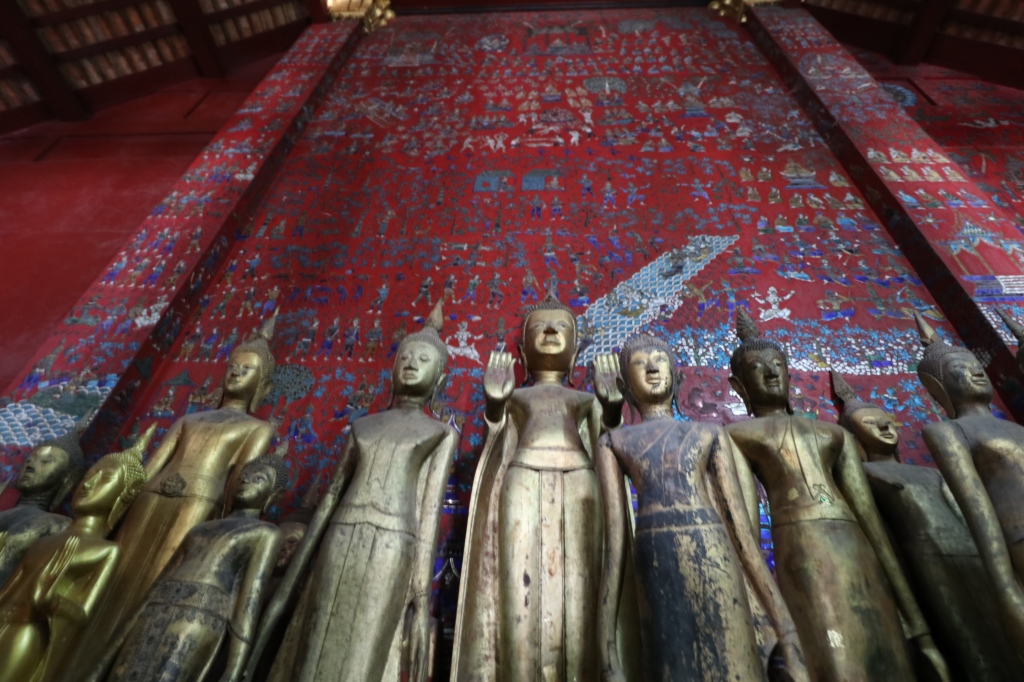 After a delicious lunch at Joma Bakery in Luang Prabang, we visited Wat Xieng Thong, built in 1559 as a royal temple where kings were coronated until 1975. 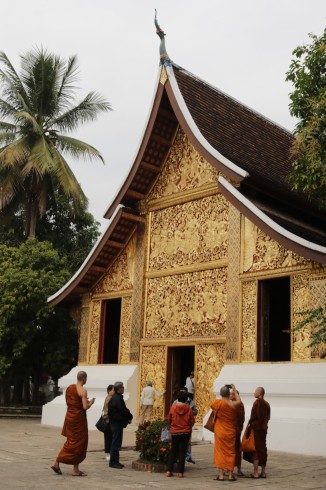 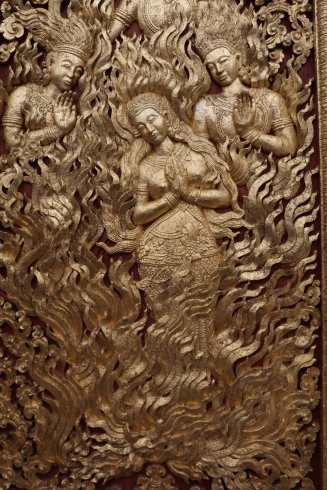 Wood doors covered in gold tell the life of Buddha. Enter the building to see carved Naga on the ceremonial cremation barge used for the kings remains. These snake figures are said to be a supernatural deity, and can be a protectress or demon, guardian and demigod. Evidently, some of them can turn themselves into human form, which might be kind of freaky. 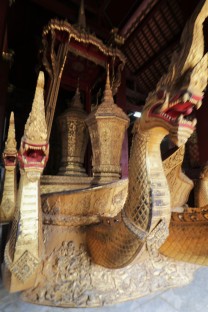 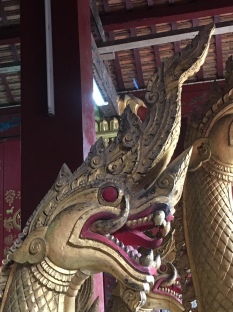 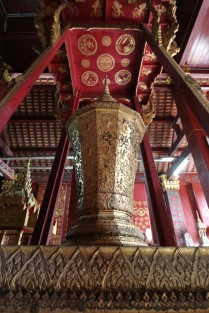 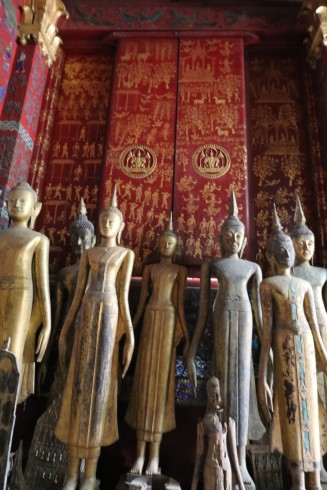 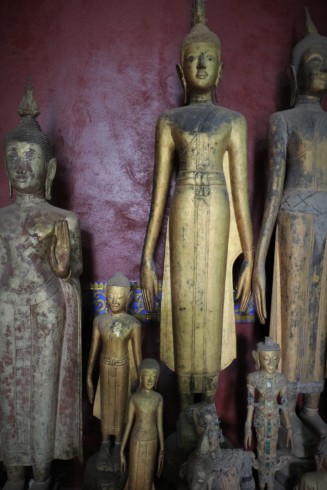 I was busy looking at sparkling glass tiles and painting on the wood beams of winged Pegasus and didn’t realize that the tour had moved to another building. 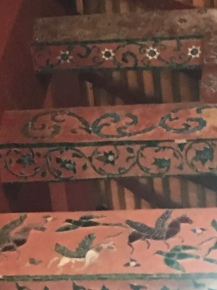 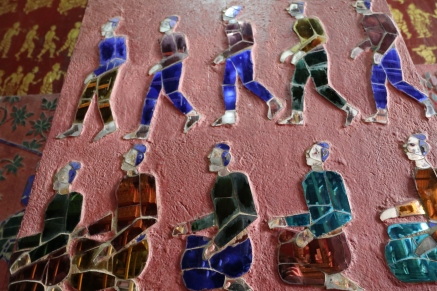 Three children were busy getting their fortunes. Delighted, they showed me how to pull a numbered stick out of a container and how to foretell my own future. Later, I learned doing this three times would have been better. 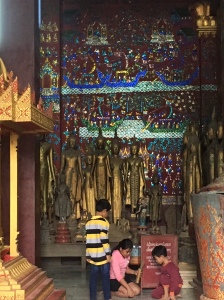 Across the courtyard is the temple where the Laotian Kings were coronated and where the sacred boat is kept. 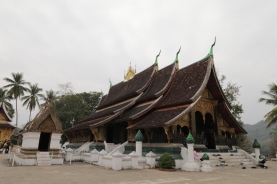 Another favorite building is the Sim, or congregation hall, with the outer wall decorated in glass tiles in the shape of a tree of life that shimmer in the light. 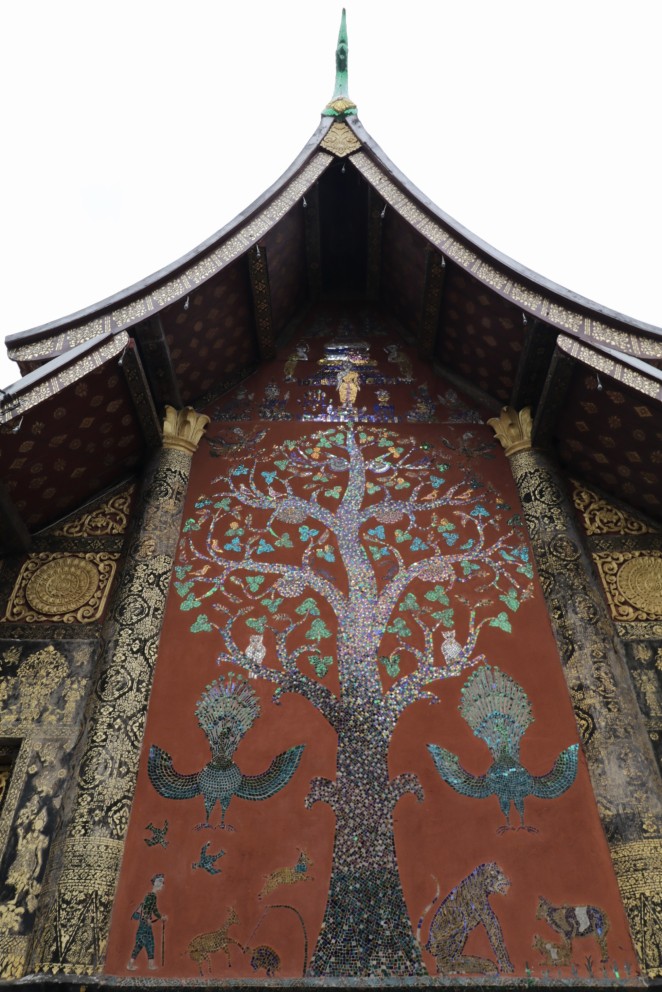 This golden guy is a cautionary tale about a peeping Tom and he got caught.  Of course, he had karma payback for his naughty actions. 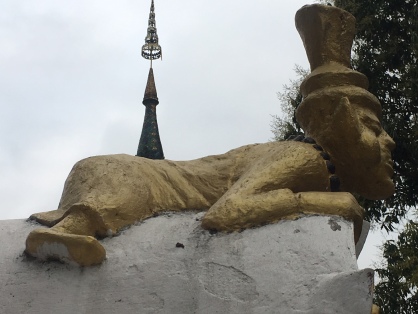 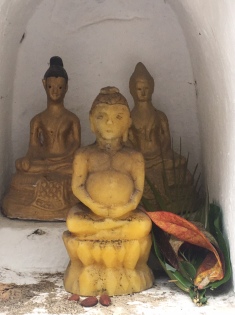 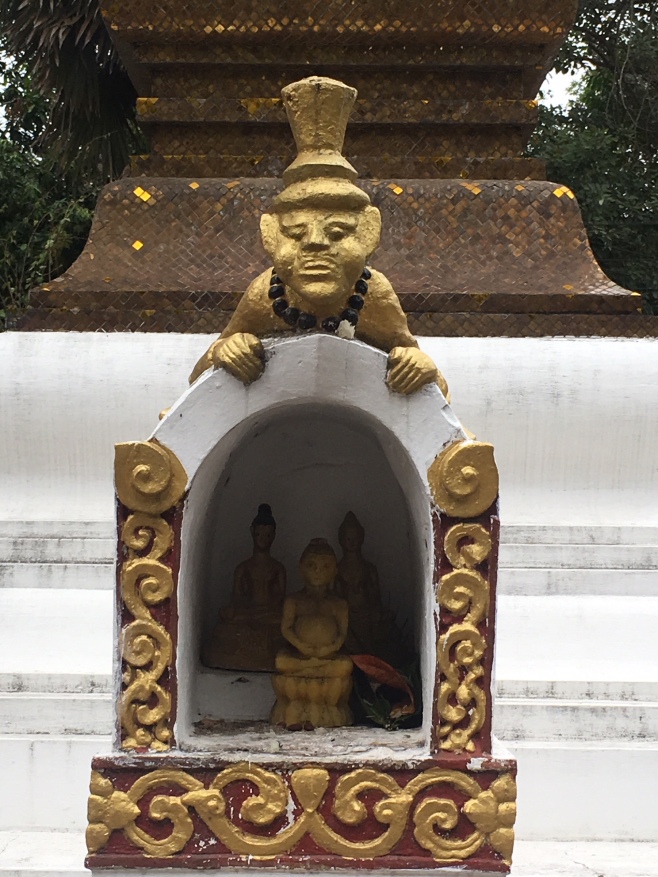 In 1887, when rebels invaded and destroyed Luang Prabang, this complex was saved because the leader had once been a young monk who studied here.